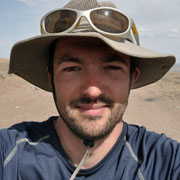 I met James, the director, whilst preparing to take a huge leap of faith, leaving everything I knew behind to set out into the unknown. He was looking for stories, and he soon convinced me to film mine. I had no previous experience, and my early attempts at shooting were rather less than successful. But when my journey began to stray from the original plan, I recognised that the story was in fact growing more interesting. At that point I decided to invest in the storytelling wholeheartedly.

The biggest challenge was to start shooting for the edit. I previously had no concept of the filmmaking process, assuming that stories emerge more-or-less fully formed from cameras. I also had to train myself to form an uninhibited relationship with the lens. This took months of practice, far too many failed attempts, and some serious soul-searching.

The footage I sent to James from the second and third years of adventure, and the unexpected romance I found in that time, now forms the main story thread of Janapar. The whole creative team worked hard on the production throughout 2011 and 2012, and we’ve now got a finished feature documentary which which we’re really pleased with. The reactions have been incredibly encouraging so far.

I’m now looking forward to publishing my own version of the story in Janapar the book, which will be available in January 2013! 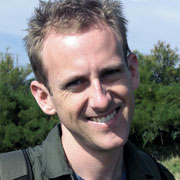 After taking a degree in production, buying my first camera and making a short about a nun in the Amazon (I know that sounds weird), I broke into TV and started learning how to tell stories from the ground up, until someone trusted me enough to produce and direct their films. My work-life balance is now a mess, my wife doesn’t know where I am half of the time, and planning anything social past tomorrow is a waste of time… but I love what I do with a passion and I wouldn’t swap it for any other job (except perhaps an astronaut’s).

Janapar is my first independent feature-length documentary. It’s been a five-year journey that began before Tom even left home. We’d had just one meeting: Tom was a complete newcomer to filmmaking, but he agreed to shoot his experience on a camcorder. Over the years his story unfolded on tape, sent from post-offices in some thirty-two countries.

It was a personal tale with the kind of twists and turns you wouldn’t believe if he told you the story himself. But as I started scrubbing through the footage I found the material hard to put down. Tom had got into trouble, he’d split from his friends and fallen in love. But the girl of his dreams came with a price tag, one that would ultimately push him deep into the middle of the Sahara Desert.

While working at the BBC as a freelance producer-director on shows like Crimewatch, I would spend every evening and weekend assembling vignettes of Tom’s adventures and his burgeoning romance, trying to figure out how exactly this extremely personal journey could be shaped into a single narrative. I must have worked on about five different programmes for the BBC in the time it took to complete the film, but at each stage I’ve learned something new.

Janapar is an epic tale, beautifully shot by Tom and edited from over 300 hours of material, and it reflects not just Tom’s journey but the journey of making a film. It’s the combined total of the tiny team you see on this page; a small handful of creatives. It’s taken love, passion and a lot of commitment from everyone to whom I’m indebted, not least of all Tom, who took on the biggest risk of all — giving me his footage!

My hope is that the movie will stir up dreams, rekindle imaginations and get people thinking about what might be possible in their own lives. Now for my next adventure… 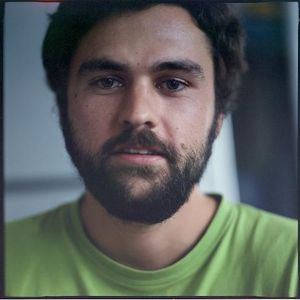 Andy was part of the original team and cycled with Tom to Armenia. The idea for an open-ended cycle tour came to him whilst working as a mountain bike guide in Croatia. Previously Andy had studied Environment, Economics and Ecology at York University.

After splitting with Tom in Armenia, Andy continued to ride through Iran, Pakistan, India, and Nepal, returning to Georgia where he lived and worked. His travels inspired him to return to education, so he studied MA Design Critical Practice at Goldsmiths in London to combine a love for travel with design, thinking and making.

He has written a book entitled Weave of the Ride about his travels, which is now available in paperback and Kindle editions from Amazon. 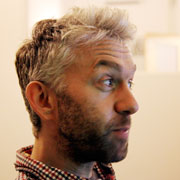 I have a background in fine art but it wasn’t long before I became interested in the world of storytelling, hoping to bring some of that creativity to bear.

Specialising in documentary, I have since edited a diverse range of projects (clients include BBC, NATIONAL GEOGRAPHIC, DISCOVERY, SEPTEMBER FILMS, TALKBACK THAMES and NORTH ONE), from the award winning How do You Solve a Problem Like Maria? to Channel Four’s documentary flagship Cutting Edge.

Away from the desk, I’ve filmed and produced short promos for a circus troupe in the Middle East and an NGO in Brazil’s Atlantic Rainforest. I love making bread and puddings too. I’ve completely refurbished a house and am thinking (probably misguidedly) of buying an old VW Camper! 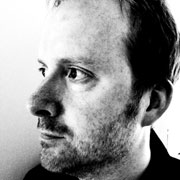 Vincent has contributed to countless film soundtracks as a composer, sound designer and sound re-recording mixer. Many of the film projects he’s been involved with have gone on to win awards from the BAFTA Scotland nominated film A Woman In Winter to the BAFTA nominated documentary Taking Liberties for which he wrote the score.

Vincent is known for his holistic approach to film soundtracks and his ability to come up with original ideas. He also excels at achieving the right balance between music and sound. How these sonic elements interact and compliment each other is always a major consideration.

Vincent trained at the internationally renowned Bournemouth University Media School, where he completed a masters degree in ‘Music for the Screen’ and a post-graduate certificate in ‘Sound Design for the Screen‘. He works as a freelance composer and sound designer.

Stephen started learning his first musical instrument aged six and had a music scholarship by the time he was eleven. Stephen first met Vincent Watts while they were completing MAs in Bournemouth University’s Media School.

Stephen spent four years restoring the sound tracks of Hollywood titles for Paramount, and Universal pictures before teaming up with Vincent Watts to work on independent feature films as the core members of the London based ‘Sonic Mix’ crew.

To date they have collaborated on 22 features. Stephen enjoys working throughout the audio process from location sound through to editing, foley work and mixing. His location recording has taken him around the world, most notably to Brazil where he covered the Rio Carnival and interviewed his football hero Socrates in Sao Paolo. Covert recordings he restored have made front-page headlines for films such as The Yes Men and Starsuckers, a film used as evidence for the Levenson enquiry. Stephen is also an excellent foley artist working on many films, including the multi award winning Red White and Blue and Tim Roth’s The Liability (worldwide theatrical release scheduled 2013).

All things audio aside, Stephen enjoys writing and cycling. His latest project the comedy pilot Nouvelle Cuisine has got off to a good start by winning a prize in the Aubagne film festival. Stephen does not anticipate winning any prizes for cycling in the foreseeable future.

For more information is available on his audio-blog site Mr Steve Productions. 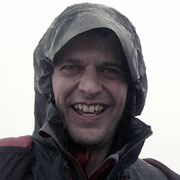 John Summerton is an experienced, award winning user interface and graphic designer based in Worcester, UK. John specialises in creating unique, compelling and relevant designs and has worked for a number of high profile clients including Musto, Snow and Rock, Working Title Films and Coca Cola.

Following his passion for outdoor life, John has also set up Sidetracked, an online journal containing personal stories of travel, expeditions and adventure. Sidetracked has grown rapidly over the past year and is set to forge a new path for adventure journalism, combining beautiful typography, photography and design with unique articles and experiences.